Earthworm is celebrating the international ‘Save Our Frogs Day’ on the 28th April at our store...in Porvorim.

Earthworm is celebrating the international ‘Save Our Frogs Day’ on the 28th April at our store...in Porvorim.
A frog overdose has been planned and it goes like this.

Exhibition on Frogs of Goa- Open from 10 am to 8pm.
The floor is also open during the same time for writing your own personal slogan for the ‘save the bull frog campaign’ . The best slogan gets to kiss the frog.


At 5:30 p.m., all are invited to a Power Point Presentation on the Amphibian Diversity of Goa given by Nirmal Kulkarni. This will be followed by a Quizzing session by Rajiv D'silva.. We will conclude by discussion and planning the way ahead for the campaign.

Kids are invited too as we have something planned for them as well.!! 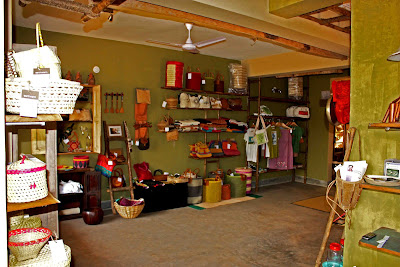 Earthworm, an eco store conceptualized and created by two Goan entrepreneurs who believe in bridging the gap between thinking and living a sustainable lifestyle and promoting nature friendly ways for a greener environment opens on the 18th of April onwards from 10.00 am to 8.00 pm at Green Valley Porvorim Goa.

Roopa Bandekar, a sensitive nature lover, traveler and dog lover beyond compare, has spent time as a nature educator, environment research associate and ad person of yesteryears is one half of Earthworm, while Nirmal Kulkarni, widely known in wildlife circles as an ecologist is also a nature photographer and Applied artist and is the other half of the first of its kind store in Goa. 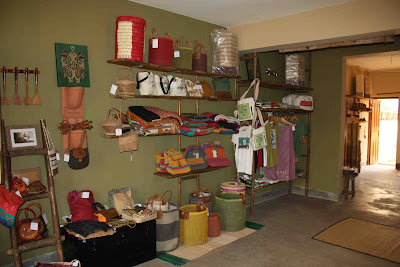 Together, they have conceptualized and started Earthworm, a green store that aims to provide environment friendly products and promote local crafts under one roof. The store also envisions itself spreading awareness on sustainable living practices in day to day living, besides bringing forth pertinent environmental concerns and the importance of sound conservation practices to general public through vario 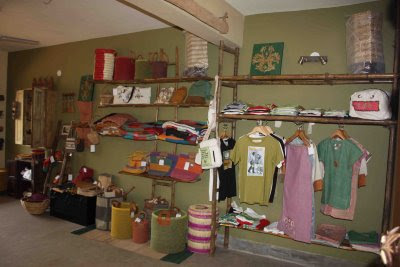 us activities and events.

Earthworm derives its name from the humble earthworm that we all know…a living being that lives beneath the soil and toils tirelessly for the earth’s benefit by churning good soil to great soil!
Here, at Earthworm, the concepts are similar…to start a silent and focused trend of helping consumers choose from a range of low impact, organic, recycled products that cause minimal impacts on our environs as well as help the local communities or individuals directly.

With an ambitious list of products up their sleeves, the duo has established a network of suppliers in self help groups products, local community craftsmen, grassroots innovators, hobbyists that create exclusive products, cottage industries, natural products, water and energy conservation products, sustainable foods, organic clothing, furniture, books, toys, films, basically everything underlining the theme sustainability for the love of our planet.

Earthworm does not limit itself to being only a store, it envisions itself to be a space for opinions, discussions, a knowledge hub with a small library of reference books on nature, and a recycling station as a part of its store space too. 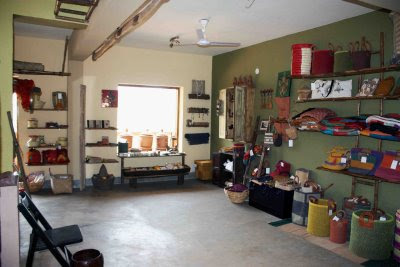 Like our hero the earthworm, this is our small endeavor towards creating better soil for future generations.
For details contact- Ph- 08322410871 or email- earthwormgoa@gmail.com.
Posted by nirmal kulkarni at 5:07 AM 2 comments:

A citizen’s manifesto on Western Ghats is released by the Save Western Ghat Campaign. Considering the importance of this mountain region as a “gateway to monsoons and hotspot of biodiversity” it gives an overall strategy to address the burning issues of the region. They are:
· Protect the natural forests to maintain the water security of south India, especially the Rivers like Cavery, Tungabhadra and Krishna. This will help in attaining the power security for the region to generate more hydro power.
· Regenerate the forests by indigenous species rather than exotic species.
· Forest dwellers should not be resettled for establishing National Park, Forest Right Act and community right to collect forest produce should be given to local people.
· Dam building across the Rivers in Western Ghats needs to be stopped and a review of existing dams need to be done at the earliest.
· National Rural Employment Guarantee Act should be implemented specifically for ecological rehabilitation in Western Ghats.
· Western Ghats needs to be declared as GM free zone. As it is on the centers of biodiversity for numerous plants, agricultural crops, and wild products that provide food security, genetic manipulation will pollute the biodiversity hotspot threatening the food security.
· A series of mega thermal power plants are being established in Konkan and west coast. This will lead to increased climate change causing changes in micro climate affecting the cultivation of famous “Alphosno” mangoes.

There are 32 parliamentary constituencies coming under Wesern Ghats region from Maharashtra, Goa, Karnataka, Kerala and Tamil Nadu. The activists of Save Western Ghats will campaign in these constituencies impressing upon major political parties as well as candidates to work towards meeting these demands.

The activists will also meet the prospective candidates and get the letter singed form them assuring their support to work towards holistic policies to conserve the Western Ghats and to give voice to the voiceless Sahyadri Mountains. Once elected they would help to form a lobbying group called MPs Forum for Western Ghats in Lok Sabha and for reforming the polices that impact the region.

This is the first time a people’s manifesto is being issued on ecologically important mountain range like Westen Ghats. This was prepared after consulting 85 organisations, and 8000 people from five states. We hope to get support form all the major political parties contesting from this region.

PANAJI: Despite a Supreme Court ban and a state government task forcerecommendation, the Union Ministry of Environment and Forest has approved mining leases within a one-km range of Bhagwan Mahavir wildlifesanctuary at Molem based on applications filed by three miningcompanies. The task force had recommended a one-km safety zone aroundnational parks and sanctuaries as eco-sensitive zones -1.The environment ministry cleared the proposals based on thecontentions of the chief wildlife warden (chief conservator offorests), Goa that these were old leases of Portuguese period, andalso that the lease operators had ensured enough safeguards to preventadverse impacts on environment in the area.The three firms, Hede Groups, Achuta V S Velingkar and V M Salgaocarand Brother Pvt Ltd had sought to expand within the one-km zone of thewildlife sanctuary, which forms part of a mega biodiversity hot-spotof the country. The lease sought to be operated by Hede is barely 650metres from the limits of the Molem national park and requires thefelling of 2,128 trees in nine hectares of land. In the case ofVelingkar, the lease is located within 160-400 metres from thesanctuary limits while the third one is just 550 metres from thesanctuary, seeking to mine in 8.627 hectares of area in addition to49.735 already mined.The Supreme Court had earlier referred the matter to the NationalBoard for Wildlife (NBWL), but its non-official members had opposedthe proposals in view of the apex court ruling which banned mining inprotected areas. The twin sanctuaries in Molem form part of themajestic Sahyadri range of hills and are endangered bio diversityhot-spots with rare species of flora and fauna.The Task Force had also recommended that the one-km zone (marked ondraft RP 2021) be treated as ESZ-1, taking note that a number of minesare located close to such zones. The final report on forests submittedby the state level expert committee had also revealed that a total of1110.81 hectares of forest land has been diverted for mining purposeand 547 hectares more as a buffer for mining activity.The Task Force had recommended that all mines operating in ESZ -1 or 2be mandatorily phased out within five years.Meanwhile, Claude Alvares of Goa Foundation said the decisions wouldbe challenged before the apex court.http://timesofindia.indiatimes.com/Goa/Nod-to-mining-leases-despite-apex-court-ban/articleshow/4352361.cms
Posted by nirmal kulkarni at 5:14 PM No comments: