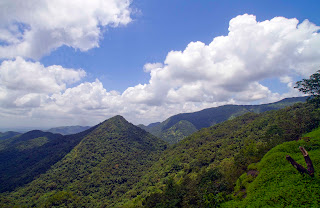 the Mhadei Bio region has always been an area of high endemism and diversity. We begin intensive surveys on lesser known biodiversity in this area from the 1st of March through the Mhadei Research Center. for details email-ophidian_nirmal@yahoo.co.in
Posted by nirmal kulkarni at 5:16 PM 1 comment:

Threatened Reptiles- the 10 unlucky ones

While the focus on wildlife in Goa is currently centering on the leopard conflicts in the Bicholim taluka, a greater cause of concern is the steady decline of reptile populations in the state on one hand and the increase in man reptile conflicts on the other.

I attempt to put limelight on the ten most vulnerable reptile species that are threatened in the state and hope to gather public as well as bureaucratic support for their survival.
1. The Marsh Crocodile- 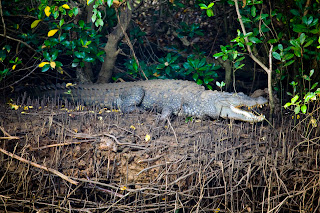 Threats- Habitat destruction and poaching has drastically reduced the last surviving local populations of this magnificent reptile in earlier strongholds like the Kumbharjua canal and elsewhere. The added pressures of being killed for meat and captured for being kept as wild pets seem to fix the final nail in their coffins. 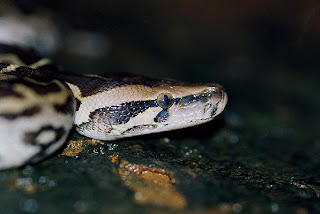 2. The Indian Rock Python-
Threats- Habitat destruction and alteration are taking their toll on this keystone species of Indian snakes and forcing individuals to enter human landscapes in search of prey thus causing conflicts. The results are death or displacement and both are taking a heavy toll on the numbers of this protected species.
3. The Indian Monitor Lizard-
Threats- Mass poaching for skins to be used on traditional Ghumat drums still continues despite efforts by several musical experts and wildlife conservationists to provide alternatives. The drastically reduced numbers are further endangered due to killing of the Indian Monitor lizard for blood which supposedly has cure for asthma in local medicine.
4. The Olive Ridley turtle-
Threats- Disturbance in vital habitats on the nesting sites as well as the coastal waters near our shoreline are responsible for reduced numbers in nesting females of the Olive Ridley Sea turtle. Besides which sporadic poaching of nests for eggs and female turtles continues in many coastal areas and is a cause of concern.
5. The King Cobra-
Threats- Habitat destruction and reduction of prey species, i.e. snakes and monitor lizards is causing this flagship species of the Western Ghats to enter into human dominated landscapes and is a cause of serious concern amongst ecologists. Besides Goa, only Agumbe in Karnataka is known to have the same problem and is worrisome as the King Cobra is a strictly forest species and does not frequent fringe forest areas like it does in Goa.
6. The Indian Flapshell turtle-
Threats- This once common species has been pushed to the brink of local extermination in the past decade by a combination of factors including extensive usage of pesticides and fertilizers in fields and pastures, filling of lakes and ponds for land purposes and poaching for meat which is a delicacy in many parts of Goa.
7. The Malabar Pit Viper-

Threats- Replacement of monoculture plantations and rapid deforestation of forests at higher altitudes in Goa’s hinterlands is forcing this endemic species into local extinction and very little study or documentation is available on the same. The disappearance of this species from certain earlier strongholds like Vagheri, Surla, and Netravali etc is sending alarm signals amongst the wildlife researchers in the state.
8. The Indian Draco or Gliding Lizard-
Threats- This significant and unique gliding lizard is losing out in some parts of its natural domains due to disturbance of its niche habitats and alterations due to plantation of monoculture plantations like Australian acacia and cashew.
9. The Indian Rat Snake-
Threats- Mercilessly killed due to ignorance and fear, this harmless snake species is also called the friend of the farmer for its ability to keep in check the rodent population in farms. But today, this species is killed upon sight and has caused considerable depletion in numbers all across the state. Besides which, reduction in green cover in urban and semi urban areas has taken a toll on this once common species of the Goan landscape.
10. The Banded Ground Gecko-
Threats- This relatively unknown Gecko inhabits the forest floor of our protected areas and is threatened due to changes in its niche habitats due to destruction of earth cuttings, forest fires, exotic tree plantations and weed infestation.

And although these 10 species constitute a very small percentage of the number of species of reptiles and other lesser known life forms that are threatened due to reduction and disturbances in forest ecosystems, the fact that timely scientific intervention aided by strong conservation policy implementation can still conserve these species that are a vital link of the ecosystem they survive in.
It is but important for us all to understand that while the mega fauna like the leopard and Gaur are already facing a risk o local extinction, species like the Banded Ground Gecko, the Indian rat snake and the Gliding Draco may not even be heard of before they get extinct from our forests. It is the need of the hour to recognize that all life forms, whether big or small, have an important role to play in every ecosystem and are our natural heritage-something which we as a people should not take for granted.
Posted by nirmal kulkarni at 8:35 AM 1 comment: 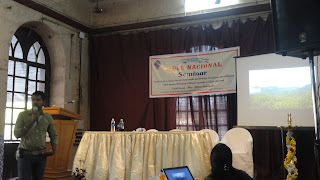 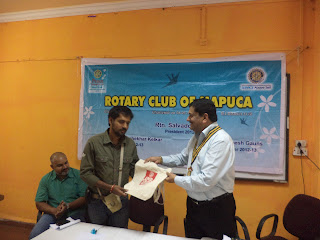 It is understood that the results of the work we do as a team in the Northern western Ghats of India needs to reach the people in urban areas. This is being done in a sustained and focussed manner beginning 2013. Talks, walks and power point presentations for clubs, schools, social gatherings are being conducted on a regular basis and I hope this will help create awareness about our work as well as the richness of our forests and their denizens.
Posted by nirmal kulkarni at 2:22 AM 1 comment: