Dear family, extended family, friends, friends of friends, acquaintances and distant pals…….cooking and consumption of Indian Bull frog meat is as illegal as hunting the species itself. And so is possession and purchase. This year 2016 the Goa Forest Department has initiated strict proceedings against offenders. Please note that any information received of Indian bull frog meat being consumed at any home or public eatery/restaurant will be passed on to the FD and police immediately. The law will then take its own course. Conserve the Indian Bull frog. Obey the law. 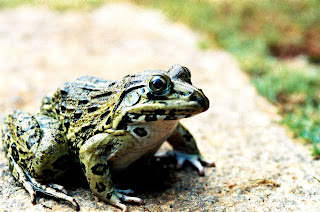 Once in a while I get all these out…collate them from various locales where they have been placed so that they come in handy- at field stations, in my ruck sack, across the study table I sit at home and of course in the cars that help me travel. While every snake hook is special and has a tale to it (all snake hooks do!!), these are a class apart, and have stood by me in times of need and deed.
And yet, none of them have been used for unnecessary adventure and irresponsible stuntmanship that exists in today’s times and is a cause of worry for us all. 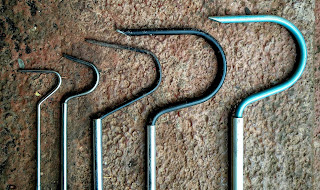 Anyways, I must stop my charade of sermons now… for research colleagues, fellow herpetology enthusiasts and students of ophiology, have a great South West monsoon ahead. Be safe and practice what you preach.
Posted by nirmal kulkarni at 10:08 AM 2 comments:

Dwindling Indian Bull frog populations- a cause of concern 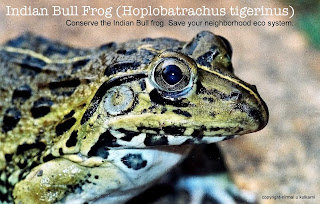 An unexpected phenomenon is taking place across our state of Goa. Amphibian populations — especially Indian bull frogs, Indian toads and Fungoid frogs are rapidly, and mysteriously, declining across a range of habitats.
In some cases, field volunteers and interns have reported loss of habitats due to varied types of development factors including land fills, construction in key habitats like plateaus, etc.
But in general, the most consistent observation is that amphibians are simply missing from areas where they once were found. The Indian Bull frog is reportedly the most severely affected in this regard. I am personally observing this phenomenon too and hence this is a note of caution.
We should be very concerned about the loss of this species because this large flagship species of the Indian Amphibian world also serves as an indicator of the overall condition of the environment. They have permeable, exposed skin and eggs that come in direct contact with soil, water and sunlight. Thus their skin and eggs may readily absorb toxic substances from the environment and afford them little protection from harmful solar radiation.  Poaching for human consumption can be another key factor. The life history of this species, which usually includes an aquatic larval and tadpole stage and an ability of the adult to live on land, can also expose them to a wide array of environmental contaminants including overdoses of pesticides and inorganic fertilizers. There has not been a single factor, I agree but the decline is for real.
Indian Bull frogs are integral components of many ecosystems, and because of their important contributions to the web of life, a decline could have important impacts on other species.
Being key predators themselves within their ecosystems, and they are also prey for a number of other animals such as snakes, birds, fish and even invertebrates. Tadpoles also serve as important plant eaters in aquatic habitats. As they move about and forage, tadpoles can significantly alter the characteristics of lakes and ponds. Fluctuating populations can cause changes in nutrients, algae quantities and suspended particle concentrations.


The need to recognize and understand the contribution of this species is of paramount nature. It is a fervent appeal. Conserve the remaining populations and their habitats of the Indian Bull frogs before their characteristic presence as well as familiar vocal calls fades away forever.
Posted by nirmal kulkarni at 6:10 PM 3 comments: