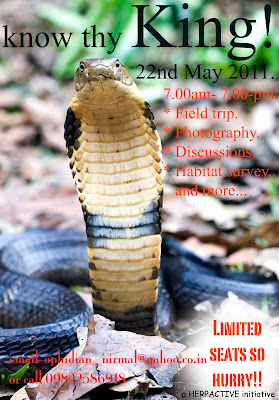 Posted by nirmal kulkarni at 4:12 PM No comments: 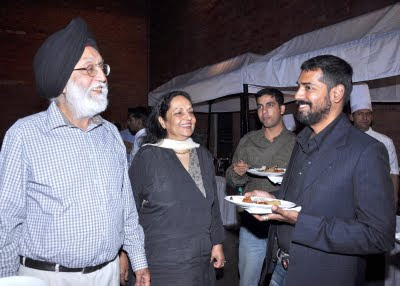 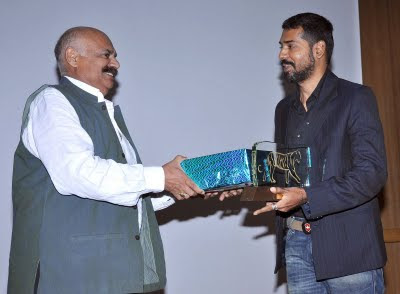 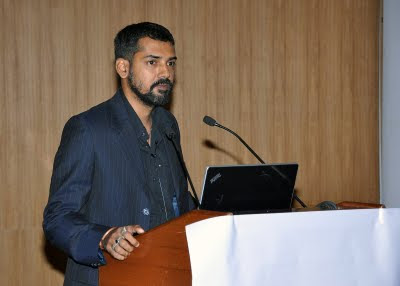 Article on my work in the Maharashtra Times 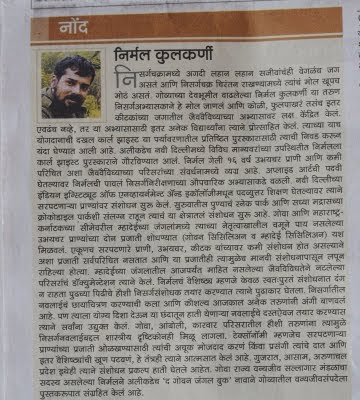 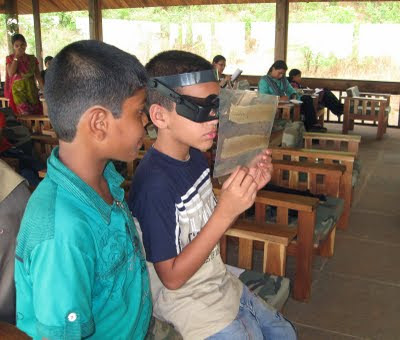 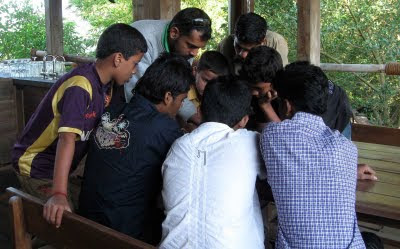 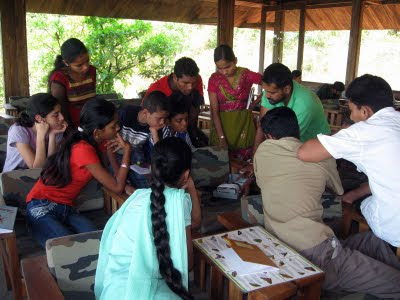 A workshop on 'Introduction to Field Equipment' was held at the Mhadei Research center Chorla Ghats on the 16th and 17th of april 2011 for 25 students drawn from various parts of Goa. Students were introduced to various field techniques and taught how to do data collection with the help of field equipment. Discussions, tiger conservation films and field survey was also a part of this program. The workshop was conducted by resident herpetologist Nirmal Kulkarni and research assistant krishna gaonkar. Mr. Rajendra Kerkar, well known environmentalist and writer also participated in the workshop and gave guidance to the participants.
Posted by nirmal kulkarni at 5:00 PM No comments: 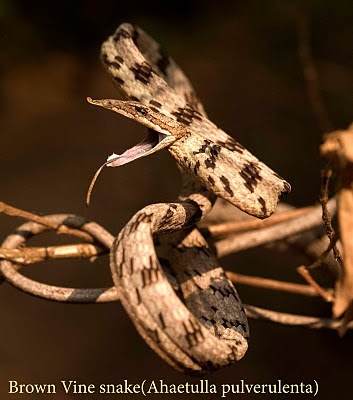 The Brown vine snake is an uncommon species of snake found in the Western Ghats of India and Sri Lanka. This specimen was documented in the the Chorla Ghats area of the Mhadei Bio region.
Posted by nirmal kulkarni at 6:04 AM No comments: 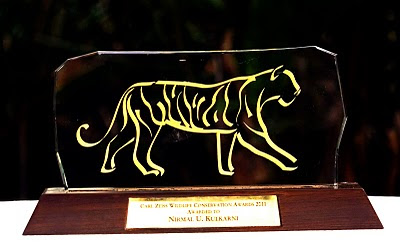 Posted by nirmal kulkarni at 1:47 AM 3 comments: