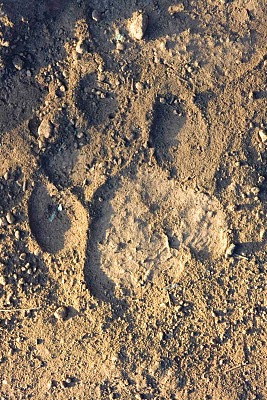 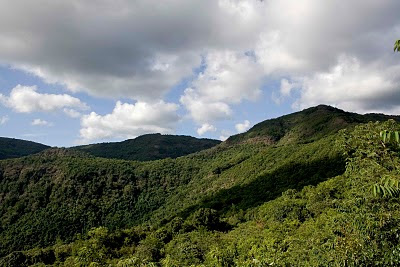 The Mahdei Bio region is on the world map during to its vast array of bio diversity, some of which has not even been known to science. The area is home to the big 5 large mammals which include the tiger, leopard, wild dog, Indian gaur and the Sloth bear and even though the densities are low, frequent sightings by locals coupled with field surveys by individual researchers as well as Government agencies have proved that the numbers are rising in some protected patches. The Mhadei Wildlife sanctuary of Goa and the Bhimgad wildlife sanctuary of Karnataka along with the reserved forests of Maharashtra are important corridors for these large mammals as well as other life forms. The presence of key flagship species of the Western Ghats including endemic birds like the Nilgiri Wood pigeon, reptiles like the King Cobra and the Olive Forest Snake, amphibians like the Mhadei and Goan caecilian all go on to prove that this region in rich in faunal diversity.

With regards to flora, the various flowering plants and shrubs are a botanists delight and many Rare Endangered and Threatened species (RET) have been documented and catalogued here. The unique plataux vegetation on our Sadas, is still being documented and one can see a range of medicinal plants here which are even today used y by the communities.

The Region is now under threat due to various reasons chiefly being the large-scale development projects including Dams and Road networks, which seek to irreversibly damage the delicate ecosystems of the region. Another rapidly increasing threat is monoculture plantations of cash crops including Acacia, banana and cashew and this is a cause of concern for wildlife researchers working in the region.

While hunting and poaching is now drastically reduced due to awareness and increased patrolling, it is tree felling and small mining and its transportation through forest areas that is now a growing threat in this region.

Posted by nirmal kulkarni at 3:42 PM No comments: 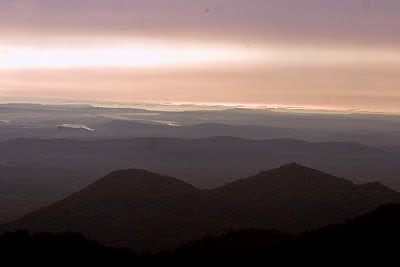 i sat on Lasni temb one evening and saw this view of the Mhadei Wildlife sanctuary in foreground and the Arabian sea in the horizon.
The ships carrying ore are seen and so are the backwaters of the Kumbarjua and the plateau region in between.
Posted by nirmal kulkarni at 11:51 PM No comments: