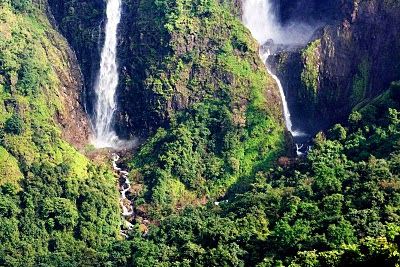 Posted by nirmal kulkarni at 9:54 PM No comments: 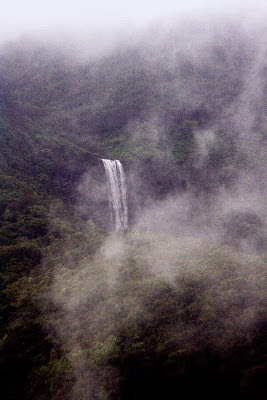 The images of a wild male Gaur bolting across the forest path into the thick undergrowth and the take of a crested serpent eagle from the undergrowth linger in my mind. At 800 msl, near a waterhole, I clock in my observations on a data sheet, and a second glance at the date makes it seemingly obvious that in a few days is is Earth Day- a day celebrated to highlight the various problems that our planet faces today including loss of biodiversity, loss of habitat and of course, climate change or global warming as many know about now.

Climate change has now become a topic of mainstream discussion. All of us know by now that the accumulation of green house gases such as carbon dioxide caused by burning fossil fuels, CFC’s, methane and etc have irreversibly affected our climate and directly led to Global warming.

What we as global citizens do not know however is that one of the most important factor that affects climate change is Deforestation, which results in large scale release of Carbon Dioxide and is ranked 2nd in the scheme of things that affect our climate change crises, only next to the energy sector.

The much renowned and respected Oxford based Global Canopy Programme, an alliance of the most distinguished of the worlds rainforest scientists have stated time and again that the burning, slashing and rampant hacking of the world’s forests results in over 25 percent of global emissions while transport and industry account for a mere 14 percent each. This is startling I know, but is the stark truth.

The system is simple. Photosynthesis and respiration are vital mechanisms by which forests store and release carbon. The forests that we often take for granted store carbon by absorbing carbon dioxide and, through the process of photosynthesis, use solar energy to store carbon in their network of roots, stems and branches. While some carbon, as we all know is released back into the atmosphere as Carbon doxide, a living tree will always store more carbon than it releases and continues to do so until it reaches maturity. When a tree is thus burnt or felled the stored carbon escapes into the air causing grave unseen damage to our living environment. This is a reality.

While afforestation and restoration are seen as the next best options and tradable carbon credits are beneficial, there is a strong need to understand that fallacy to attempt to restore biodiversity rich forests like the Western Ghats by resorting to monoculture plantations is more suicidal then remedial to put it bluntly. Monoculture plantations as we all know mature at a maximum lifespan of 20-25 years after which they have to be cut down and end up releasing Carbon dioxide gases that cause much more damage than good.

Thus a STEM report on Climate Change states that “it would be substantially cheaper to take action and protect existing forests from deforestation compared to other types of mitigation and this will happen only if the right policies and institutions are in place” It is a know fact amongst the academia as well as the field workers of wildlife that curbing deforestation is a highly cost effective way to reduce green house gas emissions.

But the magnitude of the problem is enormous. World wide about 13 million ha of forests are lost every year. A study in the Western Ghats showed that between 1973 and 1995, there was a 19.5 per cent loss in forest cover. This is alarming and as age old eco systems like the Western Ghats, often termed as ‘Rainmakers” succumb; our problems on issues like Climate change will worsen.

Temperature rises, shift in monsoon patterns, loss of biodiversity and irreversible changes in soil and air conditions are aspects that are now not alien but part of our set of backyard problems that stare at us in the face.

This is not a ‘usual environmental problem’. It is an issue that will decide our food and water security, and to a much larger extent our economic security too. On Earth day, and on every other day we cannot and should not carry on business as usual, and try to be blissfully unaware of the rise in temperatures, of the loss of fisheries and sudden change in water levels…we should know that we are at the threshold of an impending danger that looms large over us.

Thus the need of the hour is to protect vital habitats like the Western Ghats, our riverine ecosystems and our plains, which are being pillaged and destroyed in the name of development by our planners. The need to return to green and clean technologies in whichever way possible is now a necessity. It is but important that at the very least, our citizens know the climatic catastrophe that threatens not only their livelihoods but their lives as well. The need to be aware is of paramount importance now. That in itself would help in addressing this issue of Climate change head on.

A different approach needs to be taken and Earth day would be right occasion to do so. Conserving our forests and biodiversity is an investment with long-term benefits. States like Himachal Pradesh have gone a step ahead and evaluated the real value of their forests and even the Finance Commission has taken cognizance of the need to compensate forest rich states in return of their conservation of natural forests.

We as individuals too need to be aware, of our strain on the natural resources and act as responsible citizens of this planet by practicing the principles of reusing, recycling and reducing resources at all levels. This would be a start…for Earth Day.