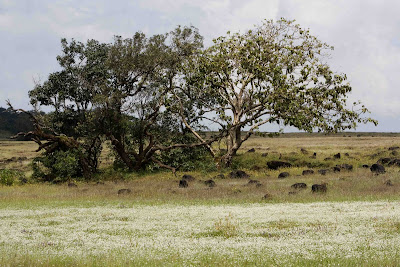 Talyacho Sado, a vast expanse of Plateau at Chorla Ghats Karnataka
Posted by nirmal kulkarni at 12:06 AM No comments: 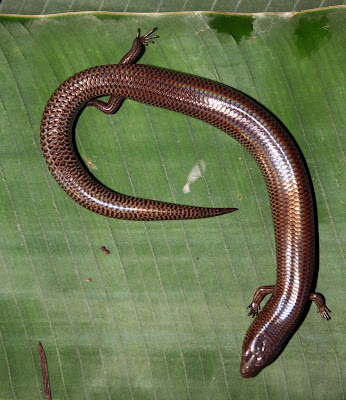 Moonlight filters through the close-knit canopy and illuminates the forest path that leads to nowhere. A gurgling stream meanders through the roots of trees and twines that provide niche habitats to a myriad of creatures, big and small. With a cacophony of bush frogs and crickets to give me the ultimate company, and a sheet of dark clouds that promise to bring down a torrential downpour, I start my search in the maze of the undergrowth- a systematic and yet tangled web of ferns, shrubs buttresses and earth cuttings that seem to have life pouring out of every nook and cranny. In the depths of the forests, an alarm call goes off, a sambar first and then hooting langurs. It is night and yet these sentinels of the forest seem to have been alert-I make a mental note to watch my back, as it could be a large cat. In the Mhadei area, from where I work, large cats like the tiger and the leopard are increasingly being sighted and most reason it to the overpopulation of these important mammals in the neighboring Anshi Dandeli reserves due to which they are pushed to our forests in search of prey and habitat. Butt I will not dwell into this topic as it is too in depth to address and understand-for now that is.
I am here to try and find the “Yellow color form” of the Malabar Pit Viper (Trimeresurus malabaricus) with Lid, a colleague and Luma, my Man Friday in these parts and we are interested in documenting this uncommon color variation and understanding the reasons of its occurrence.
It is over an hour through our search that something snake like moves from under a rotting tree stump that Lid has just lifted along with Luma and I am bewildered for a moment… dazed too as Luma shine his head torch momentarily into my eyes, as he looks in my direction for possible help. Scurrying along the rock crevice that has earlier yielded a tiger coral centipede, I reach in time to scoop up the find for the night- a snake like lizard with limbs as small as a pea! This is a lizard, exclaims Lid, leaving little room for me to say, as that is all that we seem to know of this reptile.
Excited and exhausted, we decide to take a break and key the species, and a night halt is planned. While Luma goes to on to find a good spot to rest for the remaining part of the night, Lid dives into her seemingly bottomless haversack for a copy of the “Smith’s volume” on Lizards and we sit to key the specimen.
Amidst a backdrop of silhouetted vegetation and aromatic smells of a flowering tree, we go on our knees and take a scale count of our find. It is tricky, and a delicate affair, and after close up shots and satisfied counts, the reptile is released by Luma in the same location as it was found. I know from past experience in Mollem National park and elsewhere that this is a skink and yet there is a shadow of doubt lurking in the corners of my now seemingly over saturated brain. I let the thought stay and seek refuge in my sleeping bag for the night.
Dawn is just moment away and Lid is awake as always, still pouring into her “Smith’s” volume of Lizards. I have been thinking too and attempt to connect to pals on phone and our wireless net who discuss the possibility and later confirm it to be the same creature that I thought it was- the Sp otted Supple Skink (Lygosoma punctata).
A secretive species of skink, this was earlier also referred by researchers as the Indian Snake skink, and yet is known from few locations in our state, which include the Bhagvan Mahaveer Wildlife Sanctuary, the Netravli Wildlife sanctuary. There have been reports of this reptile from the plateaus of Goa University, Thivim and Verna besides other locations and there is a need to confirm the same. Its distribution is restricted to the hilly regions of India and Sri Lanka and some reports in parts of South East Asia need confirmation, we learnt later.
It is a diurnal skink and is observed under leaf litter or in rotting green matter in forest habitats that range from semi evergreen and mixed moist deciduous forests to laterite plateaus. Young skinks of this species have a distinctive red tail, but this color is lost in adults. Small spots replace the red tail and these spots coalesce to form continuous lines as the individual ages. The dots are present on the head and extend to the snout. It grows up to 85 mm in length from head to tail and resembles a worm snake at first sight due to the cylindrical snake like body and highly ad pressed limbs that are almost indistinguishable to the untrained eye.
In the depths of the forests of the Mhadei, and elsewhere in our state, many such small jewels need appreciation and conservation. It is a fact that we know very little about our vast array of diversity and this fact needs to change. With the National Wildlife Week just around the corner from 2nd Oct to 8th Oct, I hope that every fellow Goan attempts to understand and recognize the value of our Protected Areas and the biodiversity they support.
While we wind up our survey, amidst discussion and several thought processes of the regions worth as a repository of Herpetofauna wealth, I hear an exclaimed shout from Luma once again and off we are again to an earth cutting where he is seated. But that is another tale…of snakes and tails for another time, till then Keep the faith.
Posted by nirmal kulkarni at 5:22 AM 3 comments: